The reason why talented senior developers moved to 'there'

The rapid digital transformation across all industries has increased the number of companies looking for talented developers. In particular, it is an atmosphere of love calls for 'senior developers' who can recruit suitable talent from within the limited development talent pool and establish a unique in-house development culture.

Among them, senior developers who have moved relatively recently can be named Hyun-Jun Cho Lead (Line), Hyung-Kyu Ryu CTO (Market Kurly), and Woo-Hyeok Jang (Catch Fashion). At a time when developer recruitment is particularly difficult, I wondered what the standards for turnover and development philosophy were for those who succeeded in this field. So, I summoned the last interview article, recalled and summarized what they said once again.

Cho Hyun-jun, former Chief Development Officer (CTO) of Yogiyo, moved to Line's e-commerce product and technology position in April. He was in charge of developing Yogiyo for 6 years against the No. 1 delivery app, Baedal Minjok, and it is known that he joined Line Plus after receiving a 'special' to enhance Line's global e-commerce capabilities.

Reed Cho Hyun-joon is a ‘Python’ expert who oversees the development of ‘T Map’ service at SK Planet/SK Telecom in the past and created Korea’s representative navigation service. According to Joe Reed, to him, Samsung Electronics and SK Telecom were like a 'transparent glass wall'. Although it is a company with a proud sign no matter where it stands, there were structural problems that could only slow down new challenges and innovations due to its splendor and pride that we are the best. 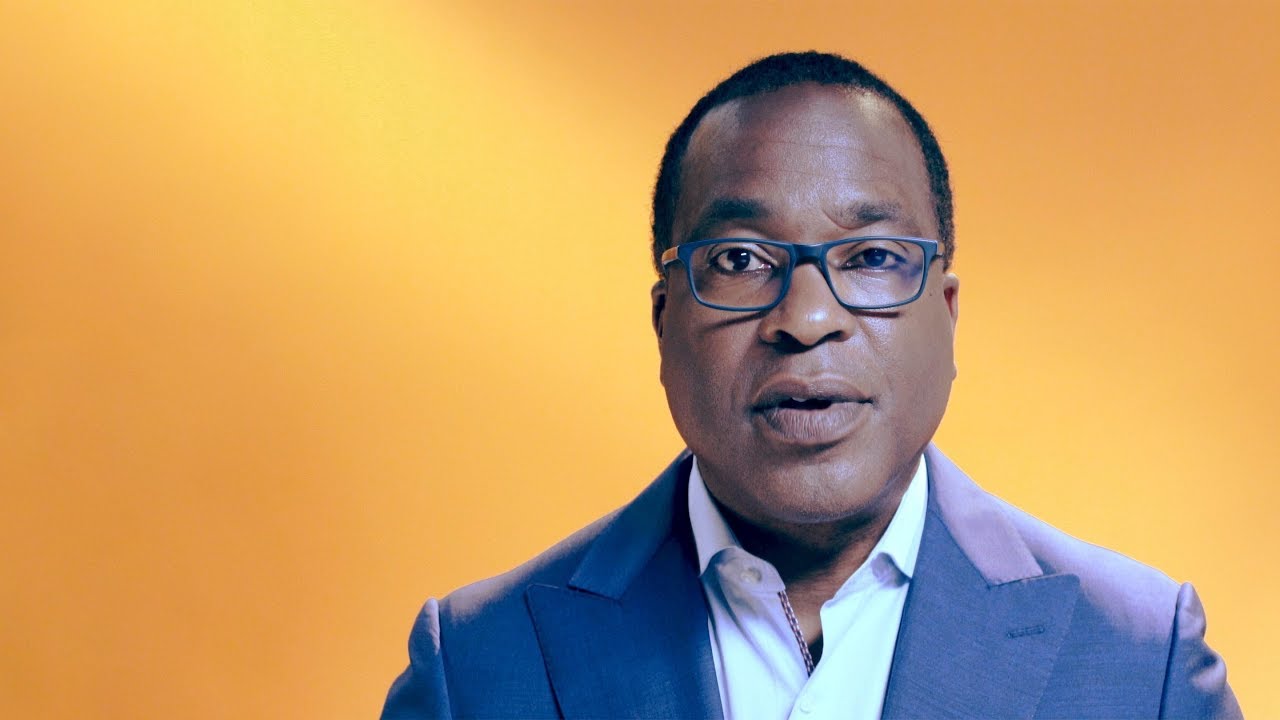 T Map has maintained an unmoving number one spot for a long time. We have to keep updating and developing, but from SK's point of view, we are already number one, and even if we spent several tens of billions of dollars, we had nowhere else to go except in Korea. There was no reason to spend money.

So, he decided to pursue his talents and dreams in Yogiyo, where he can make quick decisions and the resulting changes in service can be immediate results. He has integrated systems developed in different languages, such as Yogi Yo and Delivery Tong, into the Python language and has grown into a delivery app that users can need and be satisfied with. He then formed a large development organization and helped create a horizontal development culture.

Having recently moved to LINE, he plans to further advance LINE shopping and gift giving services in global markets such as Japan, Thailand and Taiwan in a short time. Just as services such as T Map and Yogiyo succeeded in Korea, they decided to expand their horizons and focus their energy on the global e-commerce market, which will be expanded through the mobile messenger line. This is because the mobile messenger line is already a high-quality global service, but the e-commerce market is still a challenging field for Line.

I have a tendency to like energetic development. They want to quickly develop and implement their ideas and see user reactions. That’s why we want to make it better for what users love.

Ryu Hyeong-gyu, CTO of Market Kurly, has accumulated development experience for a long time in Korea's leading IT companies such as SK Telecom, NCsoft, and Kakao. He joined Market Curly, a 'hot' but relatively small company, last fall, whose previous job at Kakao, where he was responsible for coordinating the company's cloud transition and efficient use of development resources.

From the perspective of CTO Ryu, who defined himself as a ‘realist’, joining Market Kurly (?) was close to a ‘reckless challenge’. The reason he decided to choose Market Kurly, who had even had doubts about whether the company would be sustainable, was because of the background of CEO Kim Seul-ah, who said, I want to work as a person who discovers good things in the world and delivers them fresh. It was. He explained that he could have added one more flashy specification by moving to a stable, well-known company, but he dreamed of getting on a growing company and creating a new service that the public really needed. This is why I decided to create a must have service rather than a must have development.

After meeting CEO Kim Seul-ah, I thought that I was pursuing intellectual vanity. The background of CEO Kim's founding was interesting, saying he wanted to work as a person who discovers good things in the world and delivers them fresh. Looking into Market Kurly, it was a difficult area to deal with logistics and delivery. It looked like fun because there were a lot of areas to solve.

Hyung-gyu Ryu, CTO, thinks that a high salary is good, but the growth of its members is much more important. He emphasized the importance of compatibility with a developer who has his own vision and aims to grow steadily and a company that recognizes its value. Furthermore, he said that the best welfare is to be interested in a place where there are many new homework assignments, and to have the know-how when solving these problems.

I tell my juniors not to constrain myself by what the company asks me to do, and not to work as much as the value given by the company, but to have my own vision in the market and work to increase my own value. The company has to recognize the value of developers who work like this.

■ Woo-hyuk Jang, CTO of Catch Fashion Developers are not hammer experts, but architects

Catch Fashion, a luxury platform, is a relatively poor company in terms of public awareness. CTO Jang Woo-hyuk, who has recently gained development experience in Samsung Electronics' Wireless Division, 11st Street, and Google Cloud Korea, started working here. Even in the luxury platform industry, where it was not in the top three, the idea of why it was a small organization that was confused by the previous development organization leaving as a group took precedence. Because of is summarized. This is because there is a part to contribute in terms of not only the service but also the development organization, and it is because I decided that it was the best place to set up my own development know-how and organizational operation experience.

It is also true that I did not have a desire to ride on the brand, which is the dream of developers and the way global companies work. Working from home at Google due to the corona virus, I have played a role in helping clients build data platforms and solve business problems with AI machine learning technology, but I became more and more greedy. When I was wondering why I was solving other people's problems instead of solving my own problems, a proposal came from Catch Fashion.

What CTO Jang Woo-hyuk looks at as a developer is the ability to communicate with various departments. In some cases, developers are engrossed in their own work, because they believe that better products can be created by communicating with a business or service organization and understanding the overall business. Accordingly, CTO Chang prefers to work together in an office rather than a full-fledged home development organization. He also focuses on developing developers in a way that presents clear business problems and gives them the power and opportunity to solve them on their own, rather than giving them a high salary and work-life balance right away. It is a plan to measure and quantify what kind of change and growth their problem solving has actually contributed to the company, and show the developer's competency as an objective indicator.

I think the best welfare for developers is to show clear business problems and give them the authority and opportunity to solve them on their own, and let this lead to business performance through numbers, rather than taking a work-life balance right away. Also, highly successful developers have a deep understanding of the business. A developer should be an architect who builds buildings, it’s difficult to become a hammer expert.

When the three senior developers, Hyun-Jun Cho, Hyeong-Gyu Ryu, and Woo-Hyeok Jang, looked for a common criterion for finding a new job, it was because there is a problem that I want to solve and solve.

All three of them worked at SK affiliates and had a common history of participating in service development that anyone could hear. Why did they choose a relatively small company, leaving behind such a splendid history and gold-engraved business cards? It was a strong desire to solve the problem that people are uncomfortable with on my own.

There was a clear problem I wanted to solve rather than a company with a stable system that was perfect even without me, and whether or not a reasonable compensation would be given when I did it seemed ahead of my salary or welfare. There is nothing wrong with the phrase after all, it’s about money, but it didn’t seem like I was only looking for companies that offered stock options for companies with high salaries.

It was also found that organizations that are quick to change, and for that purpose, prefer an organization with a simple and quick decision-making structure from the bottom to the top. The horizontal culture among members and the empowerment of even junior developers to directly participate in problem solving were also viewed as essential elements of the development organization. To that end, it seemed important for the company's owner or representative to fully respect and guarantee the uniqueness and autonomy of the development organization.


Finally, the three senior developers had a common mission, such as ▲to create a flexible and respectful development culture ▲recruit talented people who are good at communication among members rather than compete ▲to help the company grow with improved services..

We look forward to the day when their splendid specs and successful experiences will not end only with legends, and another bright bud will burst in a new place.